We work in partnership with key stakeholders, government agencies and NGOs and encourages tourism as a major form of land use, which is supportive of our aims.

Our objectives are fully aligned with, and supportive of, the national vision of the Botswana government; global conservation strategy to preserve key at-risk species including elephant and lion; and the local community through employment, empowerment, education and protection of livestock and crops.

“The Tuli region is close to my heart and so I am delighted to become founding patron of the Tuli Conservation Trust,” said Ian Khama. “I applaud the Trust’s efforts to seek sustainable solutions to preserving our natural heritage alongside a genuine commitment to empowering our local communities.”

Erik qualified in 1990 as a veterinary surgeon and subsequently completed an M. Phil. (Wildlife Management) degree at the University of Pretoria. For the past 20 years he has been involved with various aspects of wildlife conservation, management and research in Southern Africa.

Stephen’s involvement in Botswana started in 2007 when he became a shareholder in Tuli Safari Lodge. A founder and former Chairman of Hargreaves Lansdown Plc, a FTSE100 company, he moved to Guernsey in 2010 to pursue other interests such as conservation and wildlife protection and currently serves on the Executive Committee of Notugre and is Chair of the Tuli Conservation Trust.

Stephen is a fellow of the Institute of Chartered Accountants in England and Wales and was granted honorary degrees from the University of Bristol and the University of the West of England in 2012. Stephen was awarded a CBE for his services to business and the community in Bristol in June 2017.

Harald has been involved with Notugre since the early 90s and is currently Chair of the Executive Committee of Notugre and Chair of the Jwala and Dopotta Game Reserves within Notugre. He has been a Trustee of Tuli Conservation Trust since 2018, serving as Chair until his election as Chairperson of the Northern Tuli Game Reserve Landowners Association in late 2020.

Harald is currently Executive Director at Yellowwoods, a global investment group with roots in South Africa with investments in financial services, restaurants, eco-tourism and leisure businesses together with a portfolio of social enterprises and leadership initiatives aimed at contributing to a more inclusive economy in an ecologically sustainable world.

Tanya’s father founded Notugre and instilled a deep passion for the African wilderness in his daughter. Following a degree in archaeology, she lived in Notugre with her late husband, wildlife veterinarian Dr Andrew McKenzie and assisted him with his research and publication of ‘The Capture and Care Manual’.

Tanya has served on the Executive Committee of Notugre since 1995 and acts as a Botswana delegate on the Greater Mapungubwe TFCA conservation committee. She founded the Children in the Wilderness programme in the Bobirwa district (where Notugre is based) in 2009 and continues to coordinate the programme in the area. In 2014, she joined her husband David Evans in the administration of Mashatu Game Reserve.

Colin has been involved with Notugre since 1985 and has served on the Executive Committee since 1987, currently heading the Notugre delegation to the Greater Mapungubwe Trans Frontier Conservation Area. He has a keen interest in the history of the reserve and surrounding area and previously chaired the Charter Reserve Association within Notugre. Previously Colin set up and ran Execuflora, providing corporate horticultural services to business in South Africa for 23 years, before selling his business to the Bidvest group and retiring in 2000.

PJ’s family has been involved with Notugre since 1952, and this instilled a great love for the area, its people and wildlife in the whole family. He is a chartered accountant and registered auditor, previously partner in Van Staden and Robberts and now running his own practice. PJ also serves on various other trusts as an independent trustee and has interests in several businesses. He joined the Notugre Executive Committee in 2014 and serves on the finance committee.

Pete, a citizen of Botswana, has a BSc (Honors) degree in Zoology from the universities of Cape Town and Pretoria.  After a stint as a game ranger in Namibia, followed by a couple of years as a professional guide at Londolozi Game Reserve in Mpumalanga, he moved to the Tuli area in 1985 to conduct a research program on leopards.  In 1987 he joined Mashatu Game Reserve where he was Operations Director until his retirement in December 2019.  He served on the Executive Committee of Notugre during the 1990’s and was integrally involved in numerous Notugre projects during his tenure in Tuli including game censuses, wildlife relocations and game capture operations.

Registered charity in England and Wales No. 1113913

Julia trained as an Occupational Therapist before becoming a wife and mother. She grew to love Africa while living in Tanzania and became interested in conservation through her involvement in Tuli Safari Lodge and Pambele in Mozambique. She is closely involved in the conservation work carried out on the family farm in the UK and has been fundraising for the NSPCC for 26 years as well as supporting the Game and Wildlife Conservation Trust.

Alastair, WWF Ambassador, is currently a director of Silverback Films Ltd and executive producer of BBC One series ‘Perfect Planet’ and Disneynature film ‘Penguin’. Alastair is behind 5 of the top 10 grossing natural history cinema films ever. Alastair joined the BBC Natural History Unit in 1983 and was appointed Head of the Unit in November 1992, aged 32.

Alastair’s collaborations with Sir David include ‘The Trials of Life’, ‘Life in the Freezer’, ‘The Blue Planet’, ‘Frozen Planet’, ‘Planet Earth’ and its companion feature film ‘Earth’ released in cinemas. In November 2012 Alastair left the BBC to set up his own production company Silverback Films, making The Hunt for BBC1 and cinema films for Disney nature. Alastair is a fellow of the Royal Television Society and of the Royal Geographic Society, who awarded him their gold medal in 2012. He was awarded an OBE in the Queen’s 2019 Birthday Honours list for services to film.

Keith is a director of Silverback Films Ltd and series producer of Netflix’s Our Planet. He previously served as executive producer of the Discovery series North America and director of the Disneynature films African Cats, Bears and Blue.

Born and raised in East Africa, Keith originally qualified as a Zoologist with both a degree and PhD from Bristol University. He began working with the BBC Natural History Unit as a researcher and subsequently became a producer making many films for the Natural World and Wildlife on One. In 1998, he was appointed the Head of the Natural History Unit and oversaw many series including David Attenborough’s Life of Birds, The Life of Mammals and Blue Planet. In 2002, he was appointed Controller of Specialist Factual and subsequently became Controller of Factual responsible for BBC Natural History, Science, History, Arts, Business and Religious in-house productions.

Philipp's family (the Fothergills) has been involved with Notugre since 1993 as shareholders in different lodges and supporters of several conservation efforts. Over the last 20 years he has launched and concluded multiple fundraising activities around wildlife protection and conservation, particularly focused on the Greater Mapungubwe Trans Frontier Conservation Area. Philipp and his wife are also members of the Peace Parks Club. He loves the outdoors and regularly ventures into nature with his whole family.

Philipp holds a master's degree in business administration from University of St.Gallen (HSG), Switzerland and in the last 25 years has lived in the UK, Germany and Switzerland. Prior to co-founding and leading Lilja Capital in Zurich and London, he spent almost 15 years at Macquarie Group, the Australian financial services firm.

Jacques's family first acquired land in the area that now constitutes Notugre in 1948, and his passion for the Tuli region and conservation more broadly continues that of generations before him. Following his family's deep involvement in, and love of, the area, Jacques joined the Notugre Exco in 2013 and served as Chairman from 2015 to 2021.

Jacques's career too reflects his affinity for the environment. In his Sustainable Finance role at Commonwealth Bank, Australia's largest, Jacques draws on nearly 15 years of corporate and investment banking experience to support clients in the transition to a sustainable, low carbon economy. Jacques holds an undergraduate degree in economics and a master's degree in business administration.

Michael has been Chief Executive of two fully listed London insurance companies, is nonexecutive Director of Lancashire Holdings PLC and underwriter of a specialist nuclear insurer at Lloyd’s. He was a member of the Lloyd’s ruling council from 1998-2001 and previously Chairman of a health management business.

Michael also served as Chair of Fundraising for Anchor House, a UK based homeless charity where he led a £13m fundraise, and as Chair of Governors at a private school. He is passionately involved in conservation and the great outdoors, being an owner of an estate in Scotland and having conservation interests in Botswana.

Fionnuala has a long involvement in the Guernsey charitable sector, in both a fundraising and governance role, and is currently a director of the Guernsey Community Foundation. In addition, in 2009 she spent five months in China as a volunteer with VSO where she was an Organisational Development Adviser. 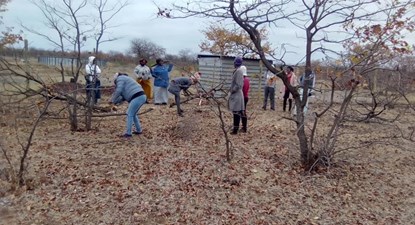 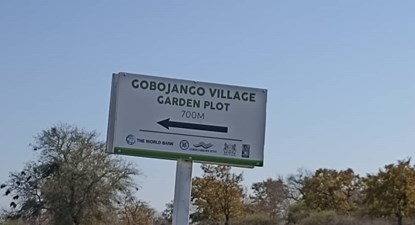