Originally from Durban City in the KwaZulu Natal province of South Africa, I was lucky enough to spend much of my childhood on a small game reserve near Mkuze town in Zululand. Having led a mostly bush based childhood amongst Zululand's wildlife it was the spark that ignited my passion for the conservation of natural areas alongside the neighbouring communities with which these wild areas are so intricately intertwined.

Desperate to get back into the bush, I moved back to Zululand in KwaZulu-Natal and started working in the lodge industry. My passion, however, was always more aligned with community development and conservation field work and I took every opportunity to help on any projects that were running in our area, whether it be painting creches or assisting with rhino dehornings, I always tried to be involved. After some time in Zululand, I was then lucky enough to be offered an incredible job managing Jwala Game Reserve in the Tuli Block area of Botswana - I jumped at the opportunity and have not looked back.

Not only do I have the opportunity to play an important management role in the conservation of natural land in the Northern Tuli Game Reserve (Notugre), but further to this is that Jwala Game Reserve was already committed to the development and support of neighbouring communities adjacent to the reserve.

Working closely with Emmah from Dopotta Game Reserve, we have been able to expand our work on the community development front. Working actively in the neighbouring villages has exposed us to the Tuli Conservation Trust (TCT) and the good work that they are also doing in the communities surrounding Notugre. Naturally I wanted to help as much as possible and I recently joined the TCT team as their Community Liaison Officer tasked to assist with their on-the-ground research, planning and implementation of projects in our neighbouring communities. Developing successful conservation initiatives stems largely from establishing a healthy relationship with the people that surround the natural environment we are here to protect. There is nothing more valuable than establishing a positive relationship that benefits both people and wildlife not only in the Tuli area but across all conservation areas worldwide. 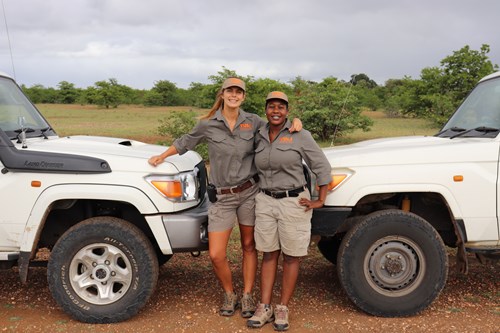